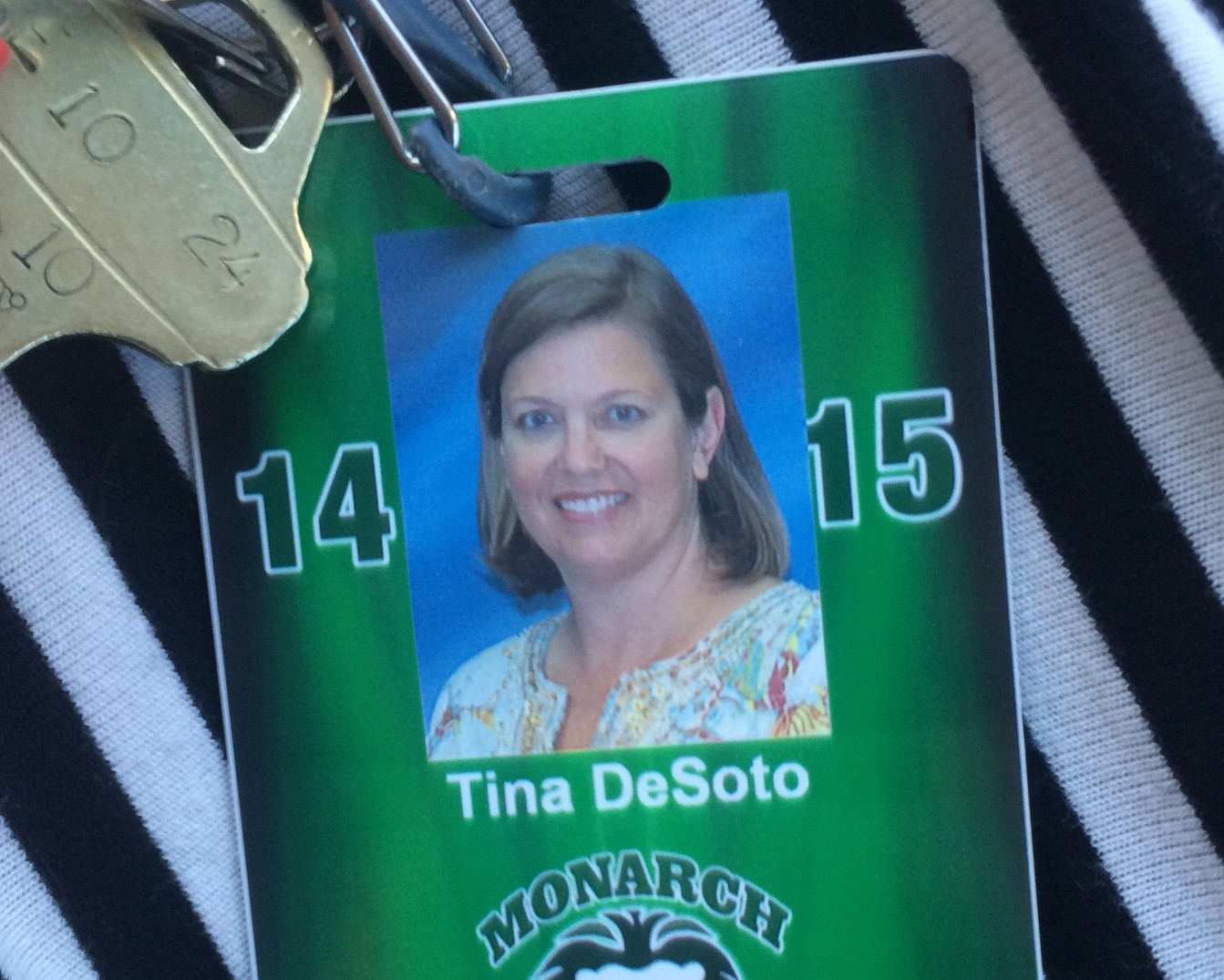 If you read this and you are not a Facebook friend of mine, you don’t know about the new “thing” in my life.

I was intending to not have a job — until I was encouraged to apply for one. And why not? It was for a substitute instructional aid position at the school district. I can’t think of anything better than an every-once-in-a-while job.  The HR lady at the district office, killing two birds, so to speak, had me fill out an application for a permanent position too, just because the sub jobs were going to be filled with permanent positions eventually. In my case, the “eventually” happened a lot sooner than expected. Like, a week after I was approved as a sub, I received a phone call to set an appointment for an interview for the permanent position. Remember my last post, and I was in Oregon?That’s where I was when I got the phone call.  That was a Thursday morning. I interviewed in front of a panel of Special Education professionals the following Monday. On Wednesday, I got a phone call asking if I would like to accept a position as an instructional aid, working with middle school students with mild to moderate learning disabilities.

I said YES but on the inside I was all uhhhhhhhhhhh. What the heck!

At the school, I work with Mrs. Forsythe who, it turns out, lives a few blocks from me AND runs a family farm with her husband, father, brother, and son. She shared some produce with me: two humongous Reed avocados. They were the size of ostrich eggs, but tasted much much better. They were the creamiest, richest avocados I’ve tasted. I also visited a farmer’s market stall her father was manning and bought some sweet onions – fantastic! – and the single-most perfect fruit I’ve ever had the pleasure of tasting: elephant heart plums. They were magical. I can’t explain the pangs of disappointment I felt when I came home from work a few days after buying those plums, knowing there were three there that morning…and finding the bowl empty! I have to wait until next year to have more; the trees are picked clean and they’ve sold all of the fruit!

Back to the kids, though:

I am in love! I work with 6th, 7th, and 8th grade children for English and Social Studies. If I get to stay in this position, I will be with the same group of kids throughout their three years at Moore Middle School. They have to follow the same curriculum as the rest of the student population, but my students struggle with the basics. Some of them have learning disabilities. Some are English language learners. Some have a crappy home life. They come from all walks, have such varied personalities and class behaviors, but all I see when I help them with spelling or their reading assignments is hope.  This is similar to how it felt when my own kids were younger and struggling with new and difficult skills, especially Mr. ADHD Zander.

I always remember that, despite my devotion to my own children, they could and can still make choices that lower their chances at “success,” however we would define that concept. The final outcome isn’t the point, though, is it? We are such evolving creatures, learning constantly. There is always the opportunity to change the way you do things and try something new. I’m proof of that. That is the hope I feel with these students. While Mrs. Forsythe teaches them the curriculum,  I get to help them become better readers, and of course, being able to read fluently is the backbone of being a successful student .  I so very much want to break through their walls of doubt, the prevailing self-belief that they are NOT smart kids. Why would you think about your own future if you don’t believe you are capable of dreaming? Through it all, maybe some of them can see their way towards plotting a course to their own version of success.

I’ve spent a couple of weeks with these kids now, and I can say without hesitation that I am in the right place. I wouldn’t have known that I could feel like this about OPKs (Other People’s Kids) so I am grateful beyond measure  that my friend Susan encouraged me to put in a job application.  I would never have known what I was missing.